The Best Smartwatches In India To Buy (November 2020)

All that being said, for a number of things, they are fine. They provide a simple way for you to get details, allow you to ignore or respond to new notifications without your smartphone needing to be pulled out, and so much more.

Best Smartwatches In India for 2020 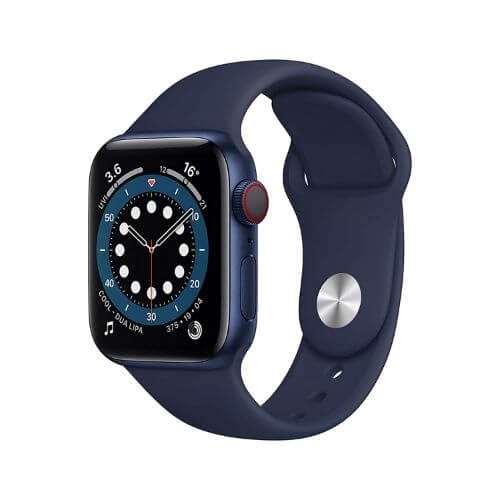 One of the best smartwatches in India you can purchase is the Apple Watch Series 6. It has outstanding support for first and third-party applications, frequently receives significant software updates, and has close integration with messaging apps from Apple. It really is the benchmark for what should be a smartwatch. Check above the current Apple Watch Series 6 price in india.

It’s indeed one of the best fitness tracker as well. It has got many health and fitness tracking features like you can measure your blood oxygen level, check your heart rhythm with ECG app, Always-on Retina display to see your fitness metrics, recieve calls and texts, listen to music and many more. We do think the latest sleep tracking metrics from Apple are too simple, but if you ever need to you can also install a third-party sleep tracking app.

The Apple Watch Series 5 comes with a Compass and elevation app and an International Emergency Calling feature, and watchOS 6 offers new applications such as Menstrual Cycle tracking app for women, check your heart rhythm using the ECG app and a sound exposure measurement noise app to protect your hearing.

Now what makes this smart watch among the best smartwatches in India and a better version than the old one? For one, an Always-On Retina display comes with it. It also comes with the essential heart health diagnostic functions from Apple Watch Series 4, the watch OS 6 tools, and a built-in compass. As per usual, Apple Watch Series 5 can help you reach your fitness goals.

This Series 5 Apple Watch has advanced workout metrics, GPS, and water-resistant design. So, you can run, hike, and swim with this smart watch. It also has the Activity function that will alert you to stand up after sitting for a long time and tell you to move around. These are just a few of the Series 5 features you can enjoy. Of course, you can listen to music and stay connected to everyone with it. Apple Watch Series 5 price in india is up to Rs. 50,000

If you don’t have an iPhone, the Samsung Galaxy Watch 3 is among the more versatile and best smartwatches in India you can purchase. It’s stylish and sporty, the hardware is of top quality, has good software, the rotating bezel is helpful and responsive, the battery life is good, Always On Display and there are plenty of features to monitor fitness and health like sleep tracking, check blood oxygen level and comes with 120 home workout programs.

Samsung Galaxy Watch 3 comes in two case sizes: 41mm and 45mm. The difference is only in the display and battery sizes. However, Samsung’s GPS and heart rate sensors can often be very off, and anyone coming from a Wear OS or Apple Watch will probably find that the absence of third-party software is a letdown.

If you want bigger size and long lasting battery then go for 45mm and if you want small and sleeker size then go for the 41mm size, but it has not a good battery life.

Apple launched one of the best smartwatches with a new reduced cost Apple Watch SE in September 2020 for those searching for a more budget-friendly, fitness-focused Apple Watch alternative that has all the key features of the Apple Smartwatch.

The Apple Watch SE is more or less similar to the Series 6, but does not have the features of ECG or blood oxygen, as these features require hardware that isn’t included in this budget-friendly model by Apple.

The Fitbit Versa 3 is an impressive and one of the best smartwatches featuring bright, colorful 40mm, 336×336 pixel AMOLED display, with integrated GPS and some style modifications. However, like its predecessor Fitbit Versa 2, this is more a fitness tracker than a smartwatch and offers only few productivity applications.

Great battery life, an improved display than before and a range of fitness features like sleep monitor, heart rate monitor are what you will get, making it a very interesting and budget-friendly option as compared to the Apple Watch. When you work out without your smartphone, the GPS lets you monitor your real-time speed and distance, and the SpO2 sensor allows readings of blood oxygen saturation when you sleep.

However, considering that this is the third version of the famous Versa line, it may be a little surprising that in certain areas, Fitbit still does not quite hit the mark. But, it’s best budget smartwatch in India.

Generally, when you are looking for the best smartwatches in India, the very first aspect you’ll want to consider is whether it is compatible to your smartwatch or not. Wear OS, Google’s software platform for wearable devices, is now used by most devices available today. Wear OS supports iOS, but before you buy a smartwatch for you, be sure to find out whether the functionality you want are compatible with iOS.

Android and iOS are also supported by Samsung’s Tizen and the Fitbit OS. As you would imagine, the Apple Watch connects exclusively to devices powered by iOS, so it would be only for iPhones. Be sure to choose a smartwatch which is compatible with your own smartphone.

Apple is your best choice right now if you are searching for best smartwatches and also if you want more apps for your smartwatch. By far the Apple Watches are the best smartwatches with huge number of high quality applications and major developers. Android smartwatches (Wear OS) also has its good share, and a very little for Fitbit OS. But first of all, developer attention clearly seems to be in Apple. For many big developers, Tizen from Samsung really doesn’t are on the wishlist.

We will be happy to hear your thoughts

www.setmydeal.com is a participant in the Amazon Services LLC Associates Program, an affiliate advertising program designed to provide a means for sites to earn advertising fees by advertising and linking to Amazon.in. and Amazon.com *Amazon and the Amazon logo are trademarks of Amazon.com, Inc., or its affiliates.